We just have returned from the Alpes and here's a few days holiday coming up at the beginning of September. We didn't even have time for preparation. I had an idea in advance to visit Romania.  Meanwhile Nicky called to say he is leaving with a big group for Balea Lake and this solved all my fluctuations with the choice of destination. Valio liked the idea as well.
So one Wendsday evening we took of - Valio, Eli and me. We should meet the group of Nicky on the way.
The first night, or what was left of it, we slept in the bushes over the cave Orlova Tchuka near Russe. The next morning  we met the rest of the group at Russe, but this was only to cross the border. Some  went on to Bucharest and we drove directly to Balea Lake. In spite of the promising forecast we arrived in rain. 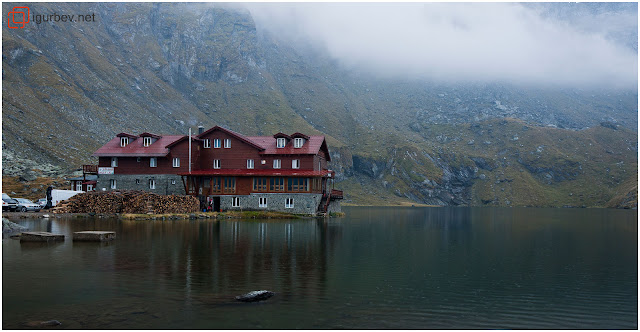 It was forbidden to camp near the lake, so we had to go back a few kilometers on the road and spend the night there. 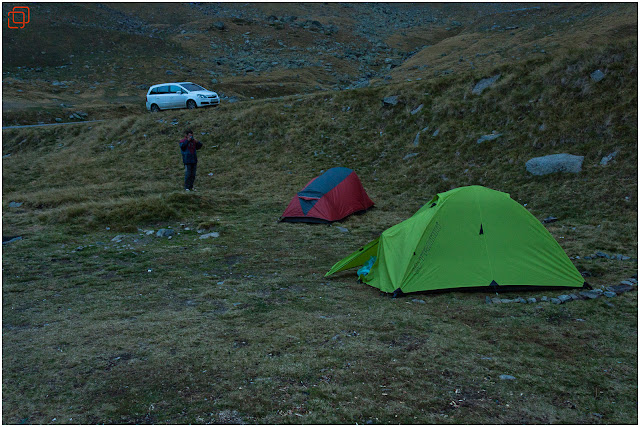 The weather didn't seem to hurry to get better, the fog was hiding the views, but fortunately it wasn't raining. The rest of the group slept up at the hut of Salvemont near the lake.
They left in a long string towards Negoio and we started for the highest peak Moldoviano. 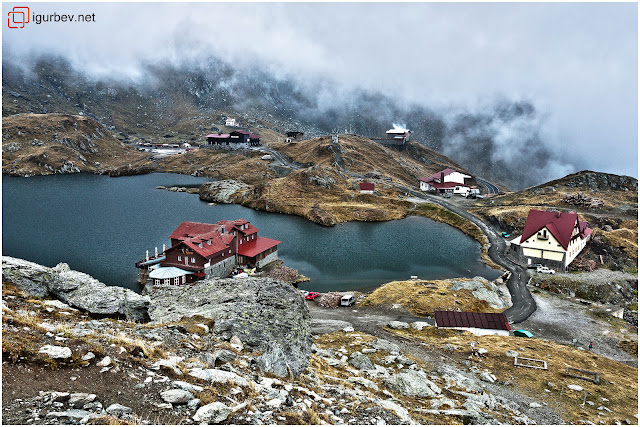 Even that the high distance between Balea Lake and Moldoviano is only 500 meters, it was obvious from the beginning that the road will be hard. With all the goings up and down we finally recorded 2700 meters embarkation and 27 kilometers walking. 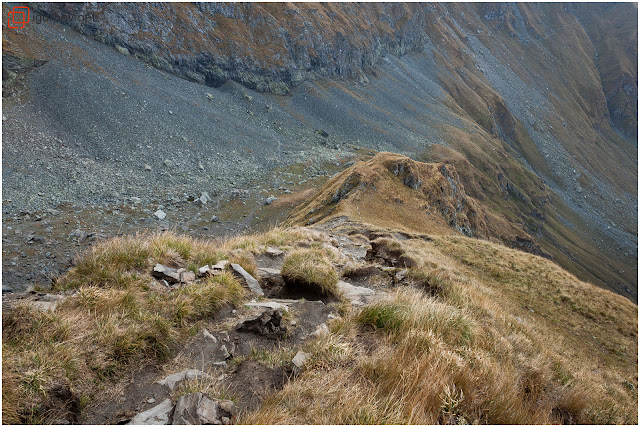 At the beginning we didn't hurry. 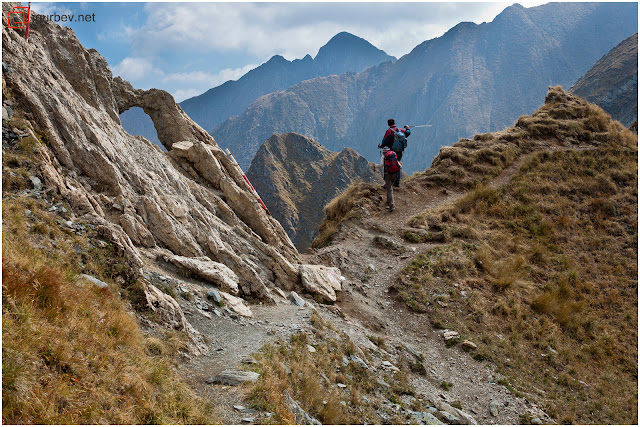 And the weather started to get better. 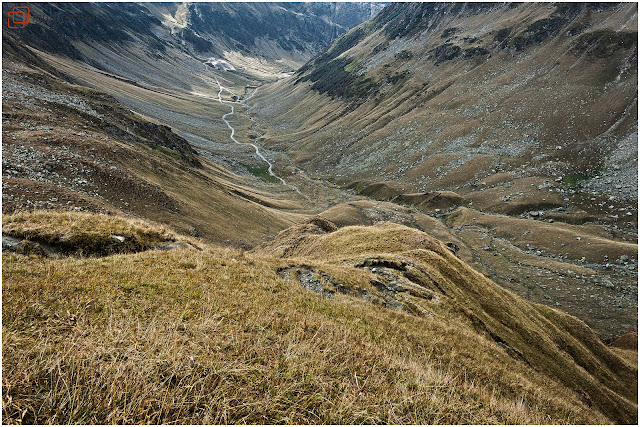 We passed the first turnout to Podragu hut and carried on on the ridge. There were places with ropes and chains for security. 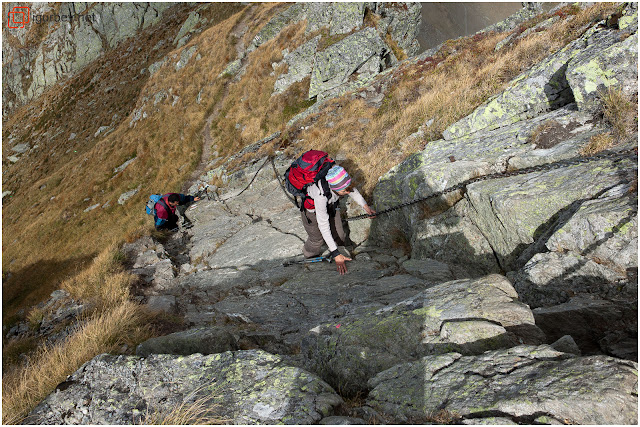 The ridge itself wasn't gentle at all. 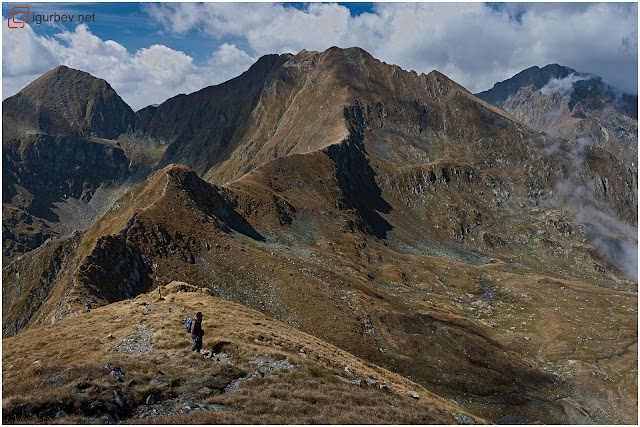 Somewhere in the middle of the road we surmounted the beautiful peak Mircii. The descending was brutal from here. 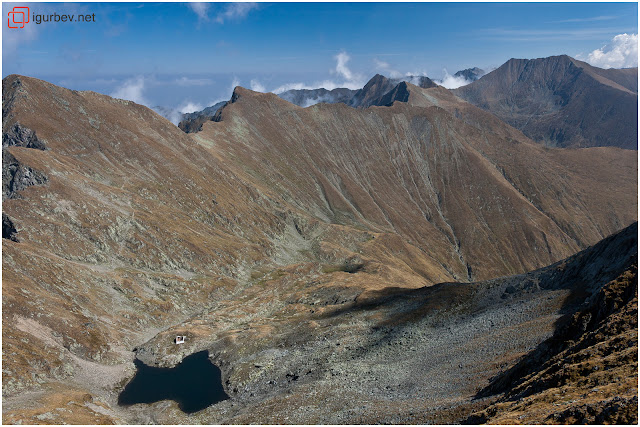 Somewhere here we realized that we will get nowhere going like this and decided to separate, Eli to wait for us at Podragu hut and me and Valio to hurry up to the peak.
Here is the Podragu hut and the lake: 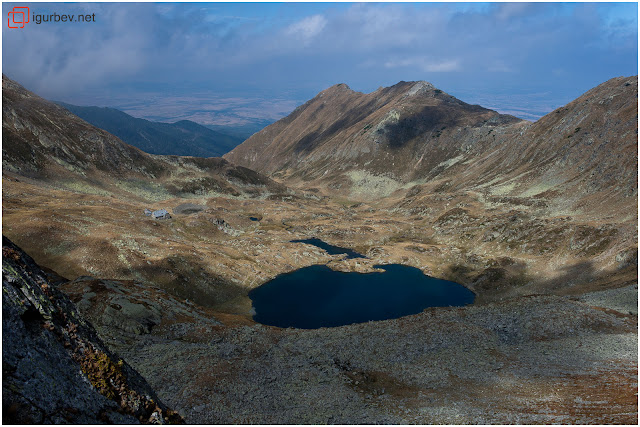 The next distance wasn't that hard as the previous ones. 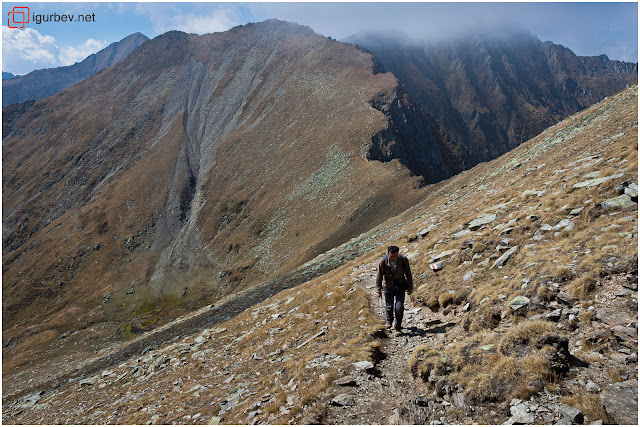 With a very serious pace we arrived bellow Moldoviano. 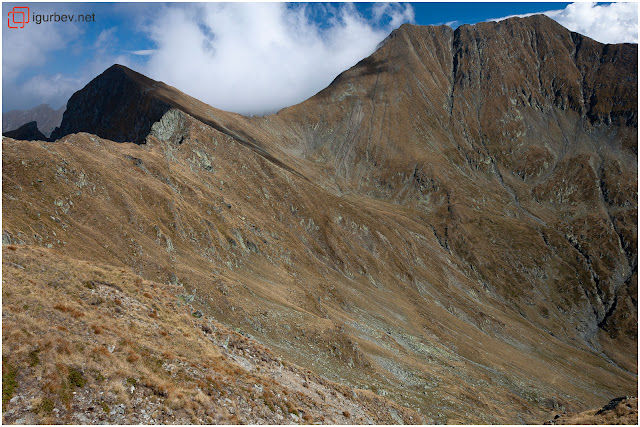 And reached the peak. 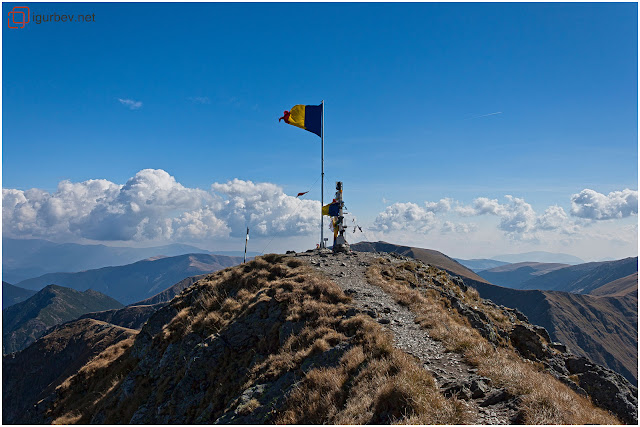 We went down to the hut running. I hurried to buy couple of beers and call Eli. 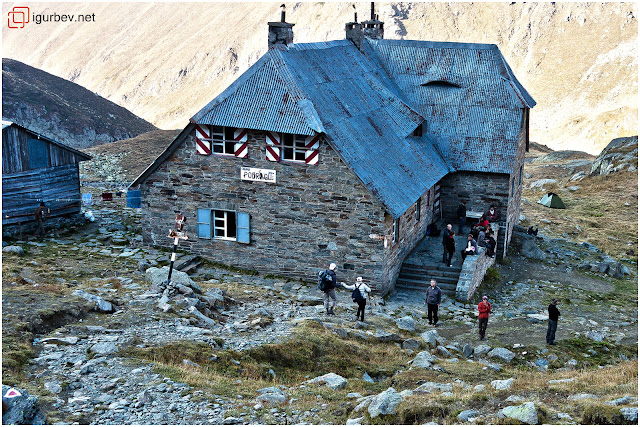 We drunk the beers and an hour before dark we took the way back, it was not exactly the same way back, as we decided to take a hacking path which wasn't a good idea. We didn't know that the ascendings and descendings there are very foolish.
Having passed the first hill we met two Germans, who told us we have five hours more to go to the lake. It was already dark...

Link to all photos
link GPStrack