After three consecutive years of meeting New Year at Zavrachitsa hut, came the idea of going in Pirin mountain this time. It was snowing on the morning of 31 of  December. The journey was quite snowy. Driving up to Bansko was really dread. There was an endless column of cars, some of them stalling, others swaying and those with jeeps were poking to anticipate... 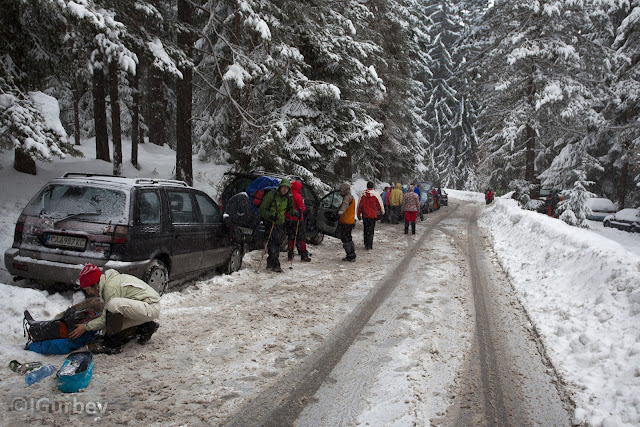 On the first day of the New Year of course we didn't leave early in the morning. Although the snow was deep and fresh we reached easily Vasilashki Lakes. From now on started the grief, especially for the front one who was braking out the snow. We stopped for a rest at the first lake and there we met Valio, Tsveti and three others (Denka, Ves and Assen) who were not wearing snowshoes. It was not easy at all for them to go sinking to the waist in the snow.
We went on. 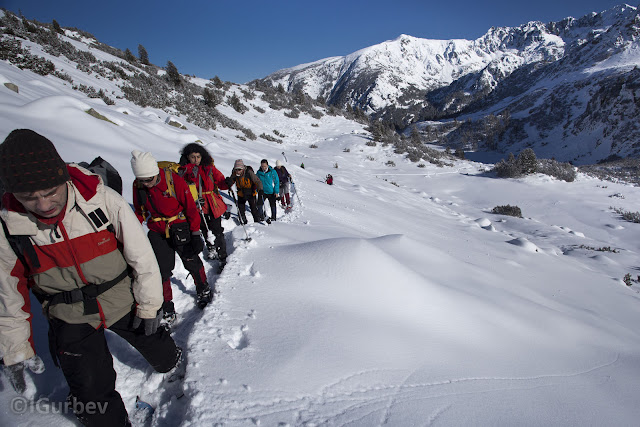 However as Janko traditionally was not wearing gaiters, his feet got wet and frozen, so he had to return with Petia. That was no good for me as he was a chance to replace me in the front. A little before Todorka my legs started to get heavy and I was thinking of giving up, when fortunately Tsveti run forward making a path in the snow. But in a while it turned out that someone more powerful and long-legged is needed , so will I will not went again in front. 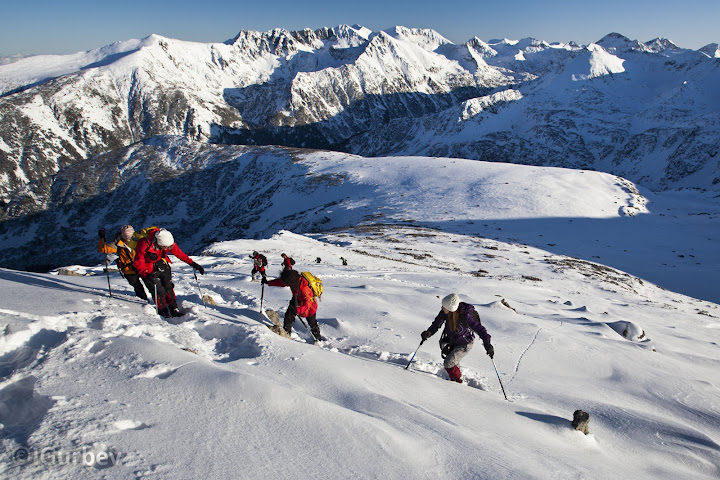 The whole group got together on the peak, stayed there for a while, made some pictures and went back. 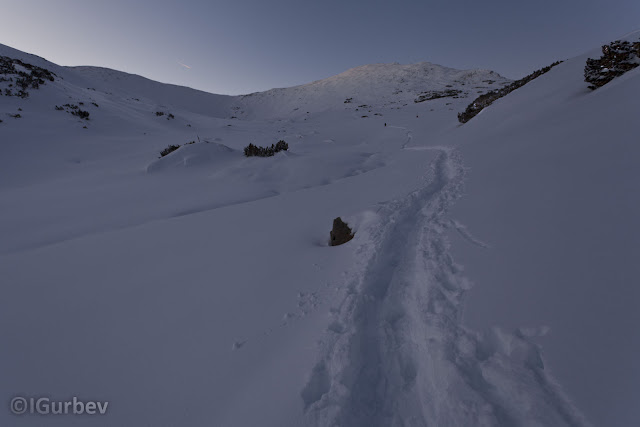 All photos
GPS трак
Posted by Unknown at 5:29 AM