A lot of snow and peak Popovi Ushi (Bulgaria)

As Saturday was а working day, we left on Sunday morning and were welcomed with a wonderful sunrise on the road. 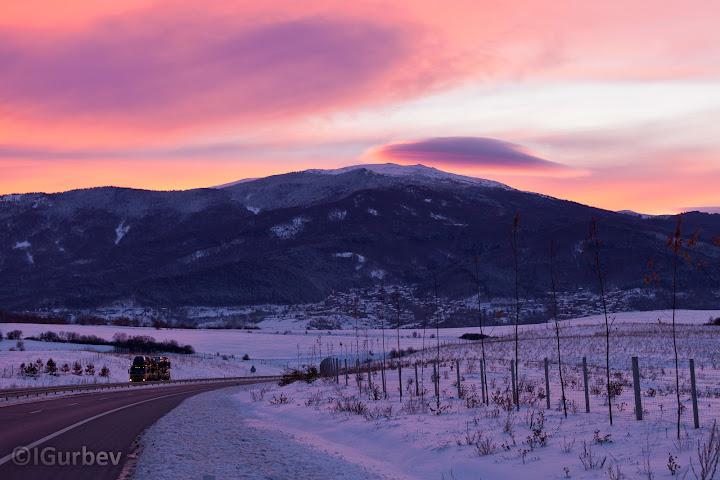 The highway to Pernik was one band under the snow and the other with tracks in the ice. Around Breznik and Tran the roads were terrible - no snowblower has passed recently. 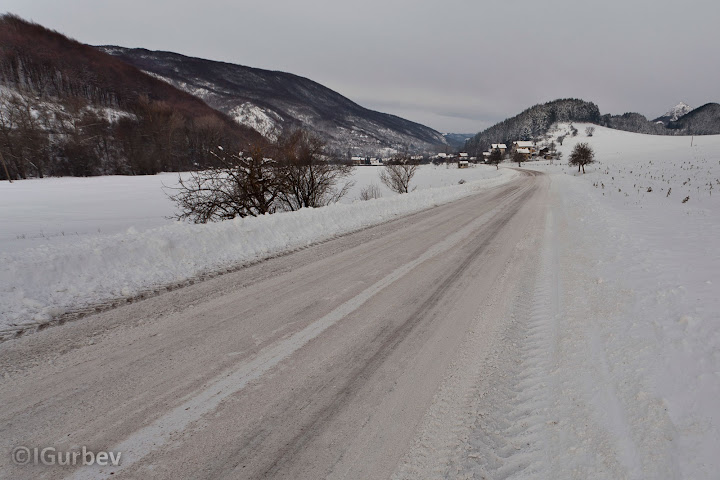 The idea was to reach the peak Bilo in the mountain Karvav Kamak. The road after Tran became even more terrible, but we somehow managed to arrive at the village Dolna Melna.  From now the road to Shipkovotsa was covered with snow and impassable. It wasn't a good idea to leave the car here as we had to walk 7 km to the village. It became obvious that we won't be able to reach Bilo this day. The car started to crawl up again in the snow and passing round a parked car it plowed in the drift and strapped. I pulled a shovel and started to dig. But there was ice under the snow. It took time and efforts but we were on the road again. It was getting late and we were convinced that it's meaningless to go to Bilo this day. So we went back to Dolna Melna and wondered around for a while. 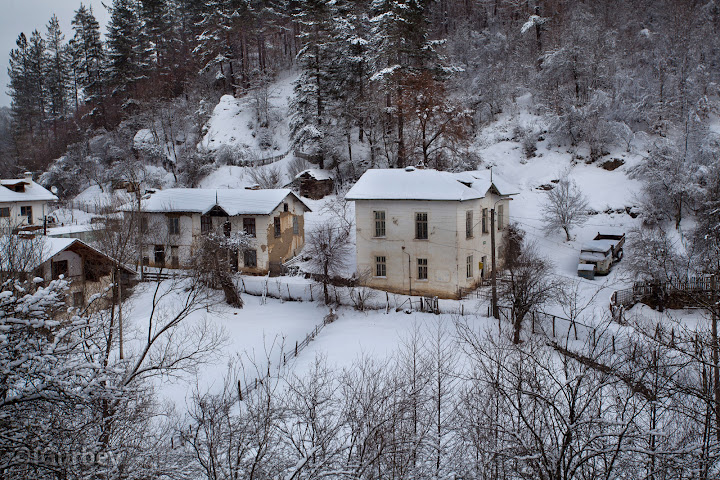 Meanwhile we decided to go back to Zemen. 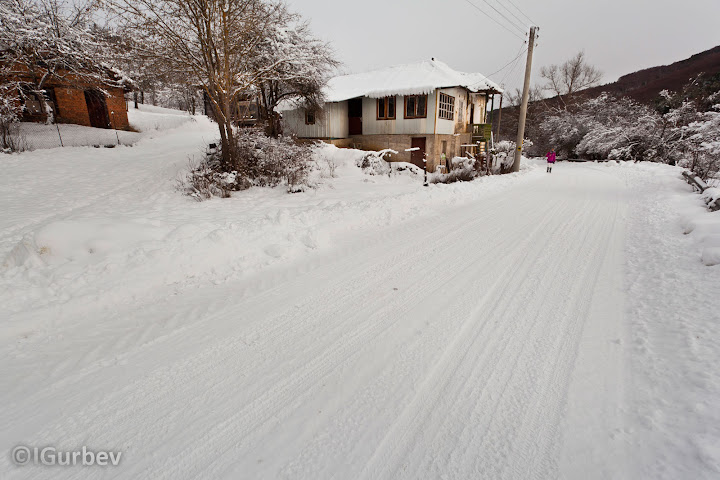 And so during the wandering that day we reached the peak Popovi Ushi. But the worst was that after all the troubles, we arrived at Zemen to find out that no restaurant was working this day.
All photos
GPS трак
Posted by Unknown at 4:06 AM