We met at Karlovo. Svilen came from Varna and the rest of us from Sofia. We first reached the hut Ravnets and went on up. Most of time we were walking in fog and of course in dark. 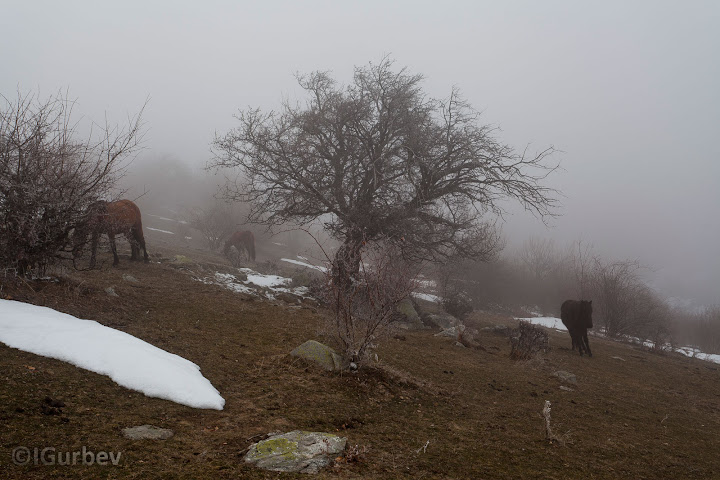 Around the area Kochmara the fog has gone and we were lucky to be able to take some pictures. 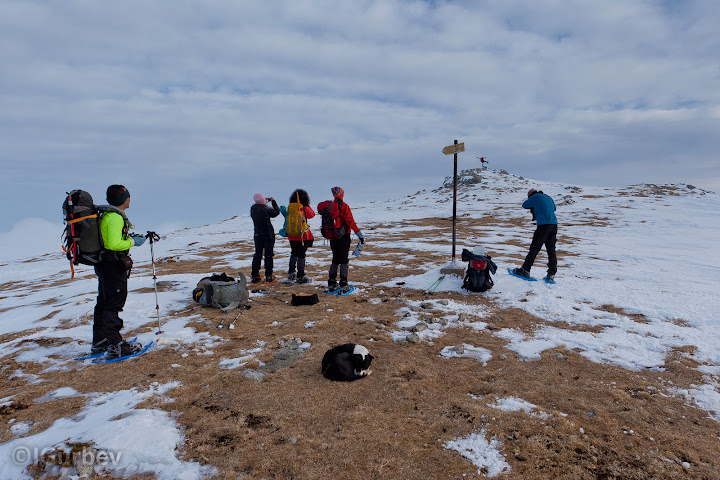 The sunset reached us after having crossed the summer path from hut Levski and hut Rai. 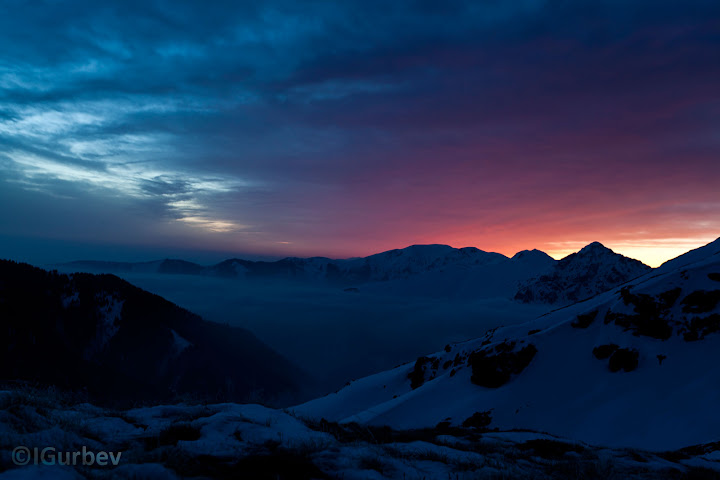 Two of us, Niksi and Toni decided to save some distance and took the summer path. But Svilen smiled and followed the winter marking to Jaltets. The idea of hacking the ridge especially in winter and in the dark and fog ended quickly and we soon followed Swilen. As we arrived at the shelter Botev we found a group of young people, but the hut manager wasn't there. Arrangements were next morning to get up at 6.00 a.m. and departure at 7.00 a.m.for the peak Kupena.

On the next morning the alarm rang at 6 о'clock. But nobody wanted to be the first to get up so early and so we slept a little bit more. But still we managed to take off at 7.30 (without Eli and Desi who stayed to go back the same way we came.) 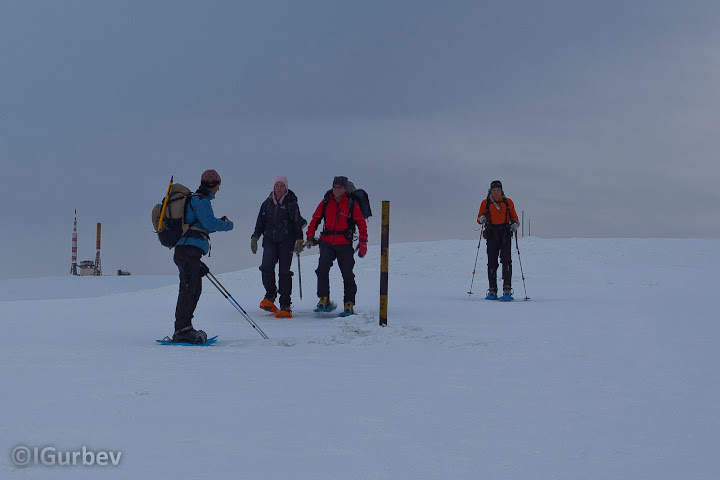 Around Jaltets the sun came out of the clouds and escorted us. 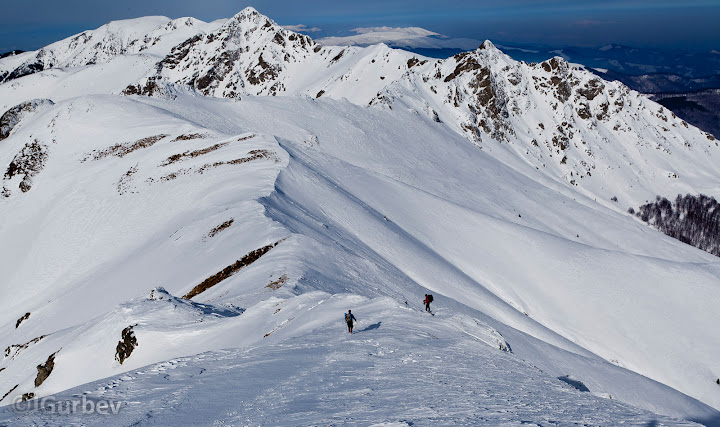 We hacked the peak Kostenurkata. 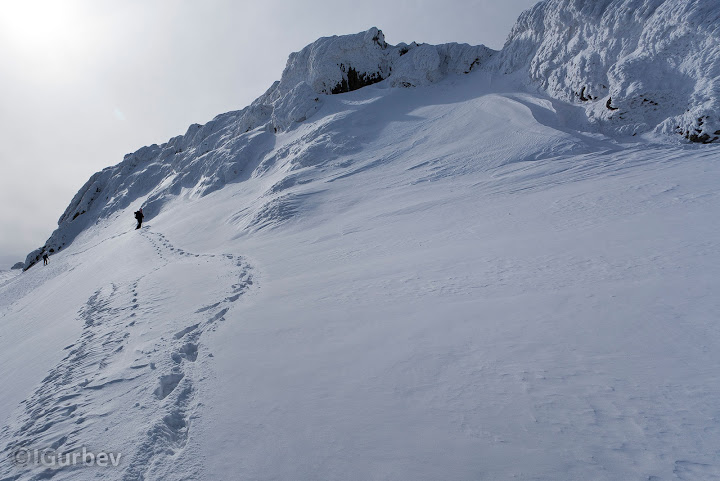 We carried on quite scattered. 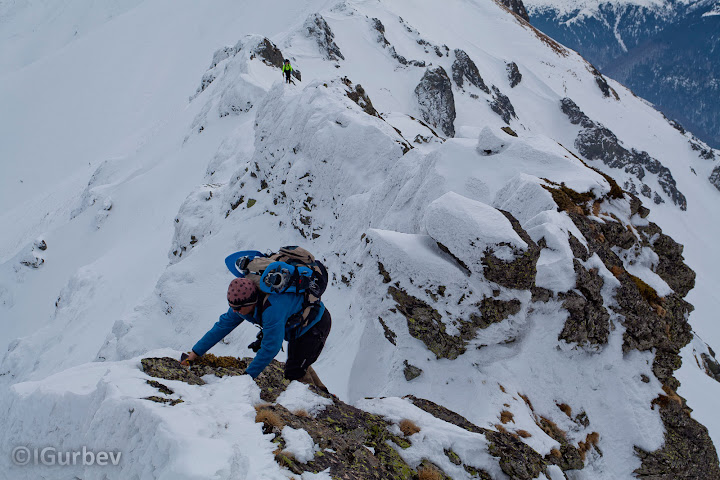 Somewhere at the last descents I decided to give up. I couldn't imagine that I will pass with my backpack on this narrow edge covered with snow and ice and cliffs on both sides. Svilen also decided to come with me. We went down on the way back to Jaltets and then to Ravnets where we caught up Eli and Desi.
Meanwhile the rest of the group succeeded to pass the Krastsite and arrived at Karlovo late in the evening. 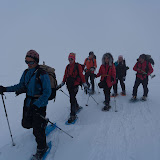 GPS track
Posted by Unknown at 4:16 AM